My Prescription Made Me Think I was Crazy

Have you ever watched a commercial for a pharmaceutical drug? Right before the commercial ends, the company quickly rhymes off a long list of possible side effects. I always found this funny. Why would anyone take a pill that could cause so many adverse reactions? Unfortunately, I didn’t pay attention to the side effects of the medicine I took.

When you pick up a prescription at the pharmacy, it usually comes with a small packet that contains a list of possible side effects in tiny print. I never read that information. That was so wrong!

The last several months have been hectic for me. My husband and I moved our family out of state and turned life as we knew it upside down. We live near some family but are still working to connect in our new area. I’ve struggled to meet new people who I share things in common. The whole situation has been more than a little stressful. I expected to deal with some feelings of homesickness. What I didn’t expect was to feel like I was losing my mind.

I became an emotional mess. One day my husband and I were sitting at the table finishing lunch, and I felt like crying. I was not upset about anything, or sad, or lonely. I just felt like sitting there and crying. My eyes filled with tears. This outburst happened on more than one occasion, and I kept chalking it up to the fact that we just moved, so I was adjusting.

I also noticed other symptoms that were unusual for me. For example, I had a hard time sleeping through the night. I’m usually a great sleeper. I fall asleep the minute my head hits the pillow. But, suddenly, even though I was exhausted, I couldn’t sleep.

I also started to gain weight. I knew I wasn’t eating as smart as I should, or getting my workouts in, but it seemed like my weight increased a lot faster than it ever had before. There were times I also experienced nausea and dizziness. I was just a mess.

These things continued for a few months, and it seemed to get worse.

My husband and I even argued more often. I could tell sometimes he was trying to get along, but it just wasn’t happening. Then, one Sunday afternoon, we had a loud, long, shouting match. More like, I was shouting, and my bewildered husband was trying to calm me down.

I quickly spiraled into a dark place. I felt hopeless and lonely, like a failure. My thoughts turned to how I must be crazy, and I was doing nothing good for my husband, and children, and that they would be better off without me. I was afraid of myself and my mind. I knew something was wrong with me. All logical thinking was gone.

Laying in bed, unable to sleep that night, I started to remember how prescriptions can cause depression. And, then something came to my mind. Right after we moved, I needed a refill on my prescription. I remember when I received my new pills they were a different brand than what I previously took. But, of course, I didn’t think much about it at the time.

I hit Google, and it didn’t take long to discover that there were many women (like me) that had a recent change in their prescription, and the majority of them were having the same symptoms as me. Instant relief came over me. I wasn’t crazy after all.

I stopped taking my pills that day. (Luckily, they were optional for me.) It was alarming to think how bad my thoughts got, and where it could have gone if I continued taking the medication.

Instead of loading you down with statistics and information, I wanted to share what helped me most, hearing firsthand experiences. So, I’m including a brief interview with my husband, illustrating his perspective.

What did you notice while I was on the medication?

You were very aggressive. I didn’t like having any disagreement because I didn’t know what level you were going to take it to. I didn’t know what would set you off because it didn’t have to be a serious disagreement. And yet, you didn’t act like that every time, so it was very unpredictable. I know that it might be a cliché saying, ‘emotional roller coaster’, but that is exactly what it seemed like.

You are someone that is good about trying to shield our daughters from seeing certain things and during that time you didn’t seem to care what you said or did around anyone. You had no control over your emotions.

As soon as I saw that switch come on I knew that there was no stopping you. It was like you weren’t even trying to win an argument, you were just working through extreme anger; to let it boil over until you reached the crying or hopelessness stage.

How quickly did you notice the change?

You were the one that realized what it was. After your biggest low of hopelessness, you had to figure something out. But, because we were also in the middle of moving I didn’t really know what was going on. It was scary because I seriously didn’t know who I was married to and what to do about it. I had even told you a few times that I couldn’t live like that because it was scary. Those pills were affecting our relationship and our future.

I appreciate you doing the research because as time went on, I was seriously wondering how we could have a relationship going forward. It seemed like it was starting to happen more and more often. The first time I noticed that kind of extremeness, it just started to increase in frequency and I thought you were actually intentionally trying to end our relationship. I had never seen anything like that from you

Anything else others should know?

It made me realize how fragile relationships are. It made me question if I could really go on like this because I didn’t know that person at all. It felt like you were 100% different. I guess I’ve never taken medication very seriously – the side effects and all the things you hear advertised on TV. I hope that it hasn’t ruined other people’s lives and relationships. Even though it was helping you in one way, it was not worth the benefit that you received for the harm it was causing in other areas of our life. It gave me a feeling of hopelessness and the feeling that I had no control over the situation.

If you are experiencing a change in your emotional health, get help. If you’ve recently started taking a new medication, talk to your doctor about it. Never underestimate the effect that a prescription can have on your mental and physical wellbeing. 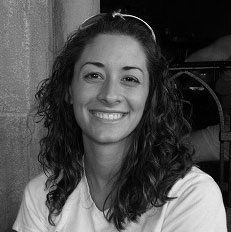 Married with three daughters, Stephanie Kirby wouldn't be here without faith which gives her strength to overcome the depression in her life and she hopes others will learn from her experiences. When she isn't doing what she loves most, writing, you'll find her planning her next trip to Disney World; an addiction Stephanie adores talking about daily.