Anxiety presents itself in many forms and is estimated to afflict up to 30% of people at some point in their lives. Obsessive Compulsive Disorder (referred to as OCD) is just one of Anxiety’s debilitating subcategories.

By definition, Obsessive Compulsive Disorder is an anxiety disorder with depressive symptoms. It has become increasingly frequent in our modern world (Schaefer et al. 2017), affecting more than 2 million Americans, and is the fourth most common mental illness prevalent today (Ullrich et al. 2017).

Obsessive Compulsive Disorder is characterized by recurring, persistent, and unwanted thoughts. These (often debilitating) thoughts cause significant distress for the individual (defined as obsessions), followed by a compelling need to carry out specific, ritualized actions (defined as compulsions).

There are genetic factors (predispositions) that are thought to contribute to the etiology of this disorder (e.g. genetics, family history, compromised or altered brain chemistry). Additionally, there can be environmental factors (traumatic events, or unique situations that the individual may perceive as fearful). All of these variables alter the biochemistry of the brain.

Naturally, once chemical imbalances occur in the brain structure, and biochemistry becomes altered, the brain begins to behave differently (Pandya et al. 2012). The neurotransmitters affected in the brain are Serotonin, Dopamine, and Norepinephrine.  The regions that are shown to be altered in the brain are the Basal Ganglia and the Thalamus (Ullrich et al. 2017).

It is hypothesized that those who are not affected by OCD (as well as Anxiety, and/or Depression) have an uncompromised “connection” amongst the Basal Ganglia and the Thalamus that serves as an efficient internal filter for the individual. This filter helps them to decipher between rational and irrational thoughts (versus an individual suffering from Obsessive Compulsive Disorder).

An example of this may be a woman whom, although she has thoroughly washed her hands three consecutive times, is unsuccessful in ridding the seemingly irrational thought of “I’m still dirty.” An unaffected mind would think that it would be highly improbable to still be dirty after such a careful process.

The brain structure that serves this important purpose in mentally healthy individuals is termed the Caudate Nucleus. The Caudate Nucleus helps us decipher irrational thoughts from rational ones, which otherwise may manifest in obsessions and compulsions, as surfaces in those suffering from OCD and other mental health conditions (Gnanavel S. et al 2017).

Symptoms associated with Obsessive Compulsive Disorder are typically treated by a combination of medication (primarily SSRIs) and psychotherapy. Serotonin Reuptake Inhibitors (SSRIs) help to “trap” some of the serotonin in the brain in an attempt to make the person “feel better.” It is important to note that an individual afflicted by OCD is frequently aware of the “irrationality” in their obsessions and compulsions.

For example, OCD sufferers often know it is ridiculous to obsess over the fact that they locked the door prior to leaving the house five times (and go back to check that they did five times, or more). Yet, it is something so innate and pervasive within them, this urge is felt so strongly, they are compelled to carry out the ritual and succumb to their obsessions.

In addition to the medication, psychological treatment is incorporated. Two common forms of therapies used to alleviate the adverse symptomology of those affected with OCD are Cognitive Behavioral Therapy (CBT), and/or Exposure Response Prevention Intervention (EPR) (Halladorsson & Salkovskis, 2017).

With regards to CBT, this is a present, “here and now” approach to the obsessions and compulsions exhibited by the individual with OCD. In sessions with the affected individual, the specialist conducting this form of therapy will attempt to actively uncover what may be driving the compulsions. The therapist or counselor will also examine the underlying reasons and thought processes for their obsessive thinking.

EPR is more of a behavioral approach. It implements exposure to the individual’s specific fear or obsession, while over time, reducing the urge and need to carry out the compulsion. Although both CBT and EPR, combined with medication, offer some relief for individuals with Obsessive Compulsive Disorder, research demonstrates that recovery is slow and the probability of future relapse is high (Parle & Gaikward, 2009).

Emerging research is looking at the association of nutritional supplementation (or the absence of it) with regards to the increasing prevalence of mental health conditions. For instance, current findings hypothesize that there could be a correlation between OCD sufferers and individual deficient in imperative B-vitamins. The vitamin insufficiency contributes to their OCD symptoms, altering the brain chemistry and aggravating the condition.

Not only should we be looking at the compromised biochemistry in the brain of the individual affected, but also at the body as a whole. Now more than ever, we are aware of the body/mind connection and how it is interrelated and significant in terms of overall health. Thus, what may be affecting the brain, may also be affecting the overall body.

Developing research is looking at nutritional deficiencies as plausible reasons those with mental health conditions are further compromised with regards to their overall health and brain functioning. Hence, we should not only be concerned with the brain chemistry of individuals with mental health conditions but also their overall physiology as the connection amongst the body and brain is very much interrelated.

Whole body assessments should be conducted when individuals seek mental health treatment. When an individual says that they are feeling depressed and/or anxious, inquiries should be made regarding their overall physiology. Factors such as past and current health conditions, energy levels, dietary intake, and any recent lab work that demonstrates any nutritional deficiencies, could all be contributing to their mental health symptoms.

Many individuals with mental health diagnoses have dietary inadequacies, however, are typically unaware of them as these are often overlooked in the assessment and diagnosis process. Nutritional deficiencies can further contribute to symptoms of brain fog, fatigue, irritability, low mood, anxiety, etc. all of which are prevalent in those with mental health conditions.

Digestion and malabsorption issues jeopardize both mental and physical health. Remarkably, ninety percent of our serotonin is located in our gastrointestinal tract (gut). If we are not obtaining and absorbing the essential vitamins and nutrients our bodies need to function optimally, our digestion is likely to be compromised. Efficient digestion, which also requires efficient absorption, is not only imperative for nutritional purposes but also is critical to sufficient detoxification (which is conducive to our overall health and well-being).

For example, the negative impact resulting from the consumption of mainly processed foods. They further deplete our serotonin levels, encouraging feelings of being “run down”; they lower mood, increasing anxiety; furthermore, they impair nutrient absorption, which impedes the digestive processes. Contrarily, if we fuel our bodies in adherence to, say, the Mediterranean Diet (a diet rich in fresh vegetables and fruit, whole grains, lean meat and healthy fats), substantial energy is distributed throughout the day.

Research indicates that our gut health has a direct relationship on our mental functioning and outlook. Because of this strong relationship, it has even been termed “the second brain”. Hence, it is important to consume nutrient-rich foods that adequately nourish our bodies and minds; foods that aid in healthy digestion and GI functioning, encouraging its strong impact on our well-being and mental health. This can be accomplished by properly nourishing bodies with an array of fiber, antioxidants, vitamin, and mineral enriched foods that further promote healthy digestion.

Sufferers of Obsessive Compulsive Disorder already have compromised brain chemistry. It is important to ensure those battling OCD have the sufficient nutritional intake, which can contribute to a generally healthier brain and improved body functioning. Prior to beginning mental health treatment, a proper and thorough assessment of nutritional deficiencies, malabsorption, and digestive issues should be performed. With the right dosage of vitamins and minerals, some of the manifested symptoms can be ameliorated, improving the overall quality of life. 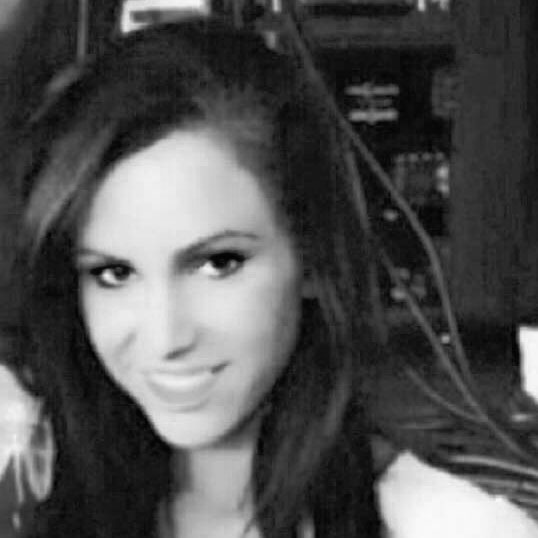