Just Do One Thing

Let’s face it, when you have depression, every little thing can be exhausting. Every little task can be a mountain to climb and getting out of bed may seem entirely out of the question. It doesn’t have to be this difficult though, and today we are going to talk about just doing one thing to keep going and build momentum.

Now I want to be clear here; This is not some click bait scam where ‘this one simple trick will totally cure your depression forever.’ No, this is not what I mean at all and you probably already know there is nothing simple or easy about managing depression. What I’m talking about is breaking down those seemingly impossible, mountainous tasks into much more easy to handle ones.

Just about every single thing any of us have ever done was actually a series of much smaller tasks. When you were in school you did not just ‘write a paper’ first you selected a topic, then you probably did research, then you might have put together an outline and so on. Likewise, at your job, it is the same way. Whatever you do for a living is probably a series of smaller tasks.

What if you applied this to your everyday tasks that you feel you cannot do?

Let’s say you are having a bad day and you just cannot get out of bed. Typically we think of this process as one task but what if we were to break it down into much smaller tasks? Yes, this might seem silly but think of all the little things you actually do in the process of ‘getting up.’ First, you have to open your eyes. Then maybe you need to stretch, some of us like to wiggle our toes, and then finally we sit up and then swing our legs around, and then finally we get out of bed. That is actually a series of much smaller tasks that our brains just sort of lump into one for efficiency.

While this may seem borderline insulting to your intelligence, getting into the habit of breaking tasks down into smaller actions can have a positive impact. The reason for this is because, with depression, we tend to think in terms of ‘all or nothing.’ We believe ‘I don’t have the energy to get through a whole day of work today so why bother getting out of bed at all?’ This thought is both inaccurate and paralyzing, especially if you are looking at your day as one enormous task where your only job is to just get through the day or to survive. That sounds like a pretty exhausting proposition.

Compared to your mountain of a day, breaking things down into much smaller tasks is much less difficult. Don’t fight a battle just to survive the entire day. Instead just open your eyes, then when you feel ok, just stretch out. Once you start to see your journey as a series of tiny steps, it is much easier to make progress.

Dopamine. The simple reason is dopamine. Dopamine, specifically lack thereof, can play a huge role in depression and getting more dopamine can help mitigate the crippling effects of depression. Without enough dopamine, the reward center in your brain can start to go haywire. When that happens frequently, things go really, really bad, but then again you already knew that. If you don’t get the sufficient amount of dopamine, then no matter how much you try to will yourself out of bed, there is a pretty good chance it is just is not going to happen.

Think of the last time you ate your favorite dessert, the last time you completed a rigorous workout, or when someone complimented you on a job well done. All of those events, and many others, likely gave you a nice little dopamine boost.

By breaking down your day into much smaller tasks and completing them, you can create a little dopamine boost in your brain each time.

Let’s go back to our getting out of bed/surviving the day example from above:

If you look at your entire day as one task ‘just survive the day,’ then you by definition cannot activate the reward center in your brain for completing a task until the end of the day when you finally get home and plop down on your couch or bed. This all-day dopamine famine may also force you to find boosts in other ways just to survive including caffeine, nicotine, unhealthy foods, drugs, or other sources.

Conversely, by breaking your day up into much smaller tasks, you can begin to get a healthier dopamine boost after the completion of each one.

Start completing smaller tasks in a row and create a steadier stream of dopamine. Soon you’ll begin to feel a little better; you may even start to feel like you have a little bit of momentum on your side, that you can use to keep powering forward. Do this long enough, and you may even begin to rewire your brain in ways that are quite beneficial in combating your depression.

There is a good chance you will fail, in fact, you’ll probably fail repeatedly and slip back into your destructive routine thought patterns (I still do this). That is ok, as long as you keep trying. It is ok to fail, it is not ok is just to give up. So my pro tip is to keep at it no matter how exhausting it becomes. Just keep trying.

What’s Your One Thing?

Start breaking up your day into much, much smaller tasks and then concentrate your energy and efforts to do just the next small task on your list. Just do one thing, then get dopamine. Then do the next thing, get more dopamine. Once you start to build momentum, then you are off to the races.

You got this, just do one thing. 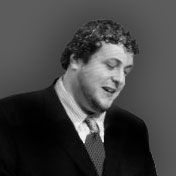 A proud USC Alum, Nick Dempsey is a professional writer and entrepreneur with Managing Editor credits from a variety of notable publications. Though he mainly works in sports, Nick finds time to lend his expertise to causes he is passionate about like encouraging people fighting depression through Sad Runner. He is also easily one of his mother's three favorite children.