The Science Behind How Running Boosts Your Mood

Runners often talk about a runner’s high which can happen during or after a run. Some are believers, others are not, but none of us would turn it down. Though the concept of the runner’s high gets studied extensively, the mechanism remains unclear. However, as you’ll discover, the science is evident that it does in fact exist.

First, we’ll round up the usual suspects that may be responsible for the runner’s high phenomenon and look at what they do in the body. Then we’ll move on to how we do in fact know it’s a thing.

What is a Runner’s High?

For a long time, I was an inconsistent seasonal runner, and I thought the runner’s high was a lie the ‘real’ runners lorded over the rest of us. Maybe, instead, it was the feeling of relief that I was no longer running.

Runners describe it as a sense of euphoria, feeling invincible, no pain, like you have the energy to go forever. Time might even seem to stand still. For me, it wasn’t until I became a consistent runner that I experienced a runner’s high. It usually takes a while for me too; it’s not until kilometer 6 or 7 that it even really becomes a possibility. When it happens, I feel light, fast and graceful like the weird love child of a gazelle and a cheetah (but like a really happy vegetarian cheetah).

You’ll often hear that the runner’s high involves endorphins or serotonin. Surprisingly, the primary source is not endorphins even though exercise is known to stimulate production. Endorphins are a hormone released into the blood by the pituitary gland. Endorphins act a lot like opioids such as morphine in the body. They bind to opioid receptors all over the body and inhibit the transmission of pain signals and also produce strong feelings of euphoria. These feelings can make opioid drugs like morphine, heroin, and oxycodone very addictive.

Vigorous, repetitive exercise (and laughter) stimulates endorphin production and lowers pain responses. But we know that the runner’s high is not only or even principally attributed to endorphins because when we block the receptors, they act on because runners still report a ‘high.’ However their pain tests are the same as they were before their run, so we know we have successfully blocked them.

The neurotransmitter serotonin often gets credited as the source of the runner’s high. It’s not clear how serotonin got involved in all of this, but if you look at what it does in the body, and how we treat depression, it makes a lot of sense. Serotonin is released largely from cells surrounding the gut into the bloodstream where it ultimately goes onto stimulate nerve cells. (Those nerves surround the stomach, runner’s trots anyone?)

But, when those nerves are in the central nervous system, serotonin regulates mood, sleep, and appetite.

The most common class of antidepressants are serotonin reuptake inhibitors (SSRIs). For whatever reason, neighboring nerve cells don’t touch each other so for nerve cell one to send messages to nerve cell two, it releases a neurotransmitter into the space between which bumps into nerve cell two. Message received.

Once received the neurotransmitter gets recycled by nerve cell one to use again. SSRIs slow down the recycling process. As a result, serotonin hangs outs in between nerve cells longer which leads to more interactions with that second cell. Because of this effect, and that fact that serotonin regulates mood, SSRIs become a useful tool for treating depression.

A few studies show that serotonin is higher post-workout than it is beforehand but the majority do not. We know exercise boosts mood for a long time after workouts so it would stand to reason that, if this were the underlying mechanism for the mood change, then serotonin levels would be higher over the long term. It’s not.

So what might be responsible for the enhanced mood runner’s experience? There are a few more candidates you probably haven’t considered.

One is growth hormone (GH) which secretes into the blood after a tough workout. The release of growth hormone after a run is likely responsible for many of the long term health effects runners experience like stronger bones, a better immune system, increased muscle mass, higher levels of fat burning and a more robust heart.

People who are GH deficient tend to have more fat deposits on their body and lower muscle mass. They also experience fewer feelings of well-being, lower energy levels and have difficulty with memory and learning. Many but not all studies show higher levels of GH after a vigorous workout but like serotonin that increase goes back to normal pretty fast making it a weak candidate for the long term boost in mood that runners experience.

So far we’ve looked at endorphins, serotonin and growth hormone which are all higher immediately after a run but go back to normal in short order. So what might be responsible for the long term mood change that runners experience? The answer very well may be related to dopamine; it might also be linked to that feeling you have when you are craving a run. Dopamine levels increase immediately post-run, but the really cool thing is exercise enhances the number of dopamine receptors in the brain over the long term. (So the level of dopamine you usually produce has an even bigger effect!)

Dopamine is also a neurotransmitter that moves between nerve cells and is involved in rewards and learning. Kind of a big deal.

The classic way to understand a dopamine release is the idea that you take a significant risk and manage to kill a scary animal and feed your tribe. This act releases a massive flood of dopamine into your body which stimulates all of your pleasure centers as a reward, that reinforces your learning making you more likely to do it again. After you take your bear home, cook it and eat it you get another dopamine reward making you crave that experience again and again.

But it’s not all butterflies and roses with dopamine either, artificial stimulation and overloading of the dopamine system is a factor in every addictive substance out there. It’s not just a case of ‘wanting’ or ‘liking’ an addictive drug, animals, and people will work to their detriment to obtain an addictive substance which could be why running becomes addictive to some people.

I think it has a lot to do with the ratcheting up we see in the distances and pace runners race. You get into running and at some point race your first 5k and get a big dopamine rush which immediately makes you want to do it again only faster and also run a 10k. That 10k leads to a half, then a full and over time you’re running ultras and dying to qualify for Boston.

The great thing about running is that you’re not stimulating this system artificially you’re earning your dopamine, and it’s a pretty healthy addiction to foster.

So is a runner’s high all about dopamine?

Maybe but probably not entirely. Again some studies show increases in dopamine others do not, and a lot of the data comes from animals like mice. But exercise induced changes in the dopamine system are the most likely candidate for the long term mood boosting effects.

So what’s the takeaway message here? What is responsible for that great feeling you have after your run? Do we even know? The answer is probably ‘all of these above’ to a certain extent, but the information we have isn’t enough to give a definitive answer.

It’s pretty likely that endorphins, serotonin, growth hormone and dopamine all contribute to boosting your mood at least in some people, some of the time. The data clearly shows us that a runner’s high is due to a complicated cascade of multiple chemicals within the body and perhaps they work to enhance each other’s effects.

But there is another aspect to the research into mood and exercise, and that is activities like running have a profound mood elevating effect in both the short and long term. In fact, consistent exercise is as effective as medication or cognitive therapy in treating depression. People score significantly lower for measures of anxiety and especially depression immediately following a single bout of vigorous exercise, and that effect is still noticeable a week later. This finding is well established over time, and no studies find that there is no effect of exercise on mood.

Research generally agrees that the effect is dose dependent in a variety of ways as well. Measures of depression and anxiety go down more if you exercise more often, more intensely, for a longer time per session and the more weeks in a row you train. The studies that find weaker links and a lower boost in mood are those that examine the effects of low impact activities like restorative yoga or gentle stretching. Altogether this means that exercise like running gives way to an immediate and long term boost in mood. The runner’s high is definitely a thing, even if we can’t nail down exactly how it works.

So take heart that your morning or evening run is not only having a significant effect on your muscles, your organs, and your overall health but it’s also boosting your mental health as well. You might be one of those runners who wonders if the elusive runner’s high is even real but the research is there. Not only are you doing your body good, but you are also improving your mind as well!

If you want to look at the peer-reviewed studies used in researching this article, you can check them out here. 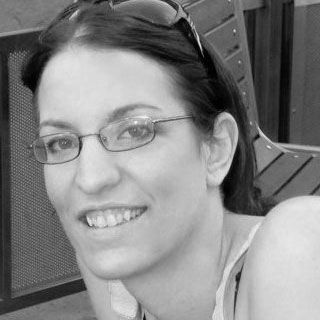 Allison King is a biologist and professor in addition to being an active mountain biker, runner, and triathlete. Running evolved for Allison as an effective and efficient way to bring peace and positivity to her mind and she is excited to encourage and educate Sad Runner readers as they work to improve their health too.