Hindsight is a beautiful thing.

I first went through depression in college, and it hit me like a ton of bricks. Nothing can quite prepare you for mental illness, especially when you don’t know that you have one until it’s taken a firm hold of you and you’ve had to seek professional help.

It can be challenging to make sense of depression, particularly when you’re at your worst. You’re not reasoning, you’re feeling extreme emotions, and your brain often resembles scrambled eggs on a daily basis.

Now that I’m several years older and out the other side, there are some things I wish I could go back and tell myself that I believe would have eased my suffering.

I didn’t know what was happening to me when I first started getting symptoms of depression. I knew something was wrong, severely wrong, but I had no idea the full extent.

At times, I honestly thought I was never going to get better.

Depression sucked me into its big black hole, and all I could do was succumb to the darkness.

I could have found so much relief from my suffering had I known that the pain goes away. All I had to do was persevere and keep the faith.

2. Understand that it’s an illness.

Sometimes it’s easy to forget that a mental health issue is an illness. Just like you can fall, break your arm and need recovery time, you need time to recover from an upset mind.

I didn’t fully understand that the first time I was diagnosed. I didn’t realize that I would have good days and bad days, days where I didn’t want to get out of bed, and days where I didn’t have the energy to do anything. I didn’t know that an imbalance in the brain’s serotonin levels may influence mood in a way that leads to depression. I wasn’t aware that mental health disorders affect one in four people.

I just didn’t know anything. And this ignorance was a hindrance.

To be fair, depression was a bit more of a taboo back then. But, if I’d have been able to remind myself that it’s an illness, then I think that would have comforted me massively.

3. You’re stronger than you think.

It’s the easier option to give up and allow the depression fog to take over your mind, and your life. The harder thing to do is to fight it.

I didn’t realize how strong I was when I was at my worst with depression. In fact, I felt weak and vulnerable. Pathetic, even. I thought I was never going to get out of the big black hole, so I didn’t try very hard at first.

Then I got fed up with feeling so low all the time.

Depression is draining. I eventually reached a point where I’d had enough of the darkness, and I wanted to bathe in the light again, to enjoy life and not have to worry about feeling numb all the time.

I fought and fought, and I managed to get myself out of the hole.

Looking back, I was strong all along. I just chose not to apply that strength right away.

I went for a long time during my first bout of depression thinking that nobody cared about my struggle.

I isolated from my friends, even my family, and I was happy to pretend that I was all alone in the world. In fact, my depression wanted me to feel that way. I was holding up a white flag and letting it win.

That couldn’t be further from the truth. Nobody wanted me to feel that way. Not my family, not my friends, and not even the stranger on the checkout at the grocery store.

I wish I could tell myself that I was wrong. I know that now. People do care, and it’s important to give them the opportunity to show you that they care.

And it’s important to know that you’re still worthy of love.

I was adamant that my depression funk would consume me for all of eternity. I thought that was it, that was the signal for the end of my life because there was no way I could break through and find my old self.

I was someone else now. A dark, ominous creature, neither living or dead.

But, what I didn’t know was that there was a way out. I wasn’t going to feel that way forever. And the first door opened when I started using my voice box and spoke up.

For a long time, I didn’t dare tell anyone what I was going through because I felt like an alien who didn’t belong on planet Earth. I deserved my own little world of darkness and despair.

But, something changed in me one day. Something snapped. I didn’t want to feel that way anymore, so I pushed past that little voice in my head that told me I was a burden to everyone I had ever known.

I utilized my voice. I went to a doctor. I confided in my Mom. And then it was just a case of onwards and upwards. You’re not a burden, but you must speak up and get the help you need.

7. Lean on your support system.

I wish I knew that it’s okay to tell a loved one that you’re struggling and you need help. I initially thought it was a sign of weakness, but I now know that this couldn’t be farther from the truth.

If I’d have started talking earlier, I honestly think I could have beaten my depression sooner. Now, looking back, I’m just glad that I opened up to my friends and family when I did and allowed them to help me, just like they always wanted to do from the start.

I went through periods after those initial conversations with the doctor and my Mom where I slipped back into the darkness again for a good few days.

Fighting the depression battle is hard when you’re on your own. There is strength in numbers, and I wish I’d have known that from the very beginning.

You need an army to fight your depression. And how do you gather your army?

You talk to your support system and keep talking to them. You share the load, and keep sharing the load, until the load is significantly lighter.

Your voice is the most powerful tool that you have. So use it.

With my depression journey, I started to feel the results as soon as I began talking about it with others. And I continued to talk about it.

The only way to defeat depression is to fight. Fight harder than you’ve ever fought anything in your life. And when you’ve given it everything you’ve got, find the strength to give it a little more.

I wish I could have told my younger self not to give up because maybe I could have shaken off the depression funk a little quicker.

But it did make me stronger. And every time depression rears its ugly head nowadays (because sometimes it does come back every now and again), I tap into my strength, and I tell it where to go.

I’m more invincible than ever before.

It doesn’t always feel like it when you’re in the thick of it, but there is light at the end of the depression tunnel.

Sometimes it takes a long time to get to the other end; but, when you do, it feels glorious.

I wish I could tell myself when I was at my worst that I’ll get there, and it’ll make me a more patient, empathetic, kinder individual in the end.

And I’m proud of myself that I’m here, doing better than ever, living to tell the tale.

But please remember, I’m just like you. I’m a regular human being. So, if I can beat depression, then you absolutely can too.

Don’t give up. Don’t let the depression monster win, and all will be well in the end. 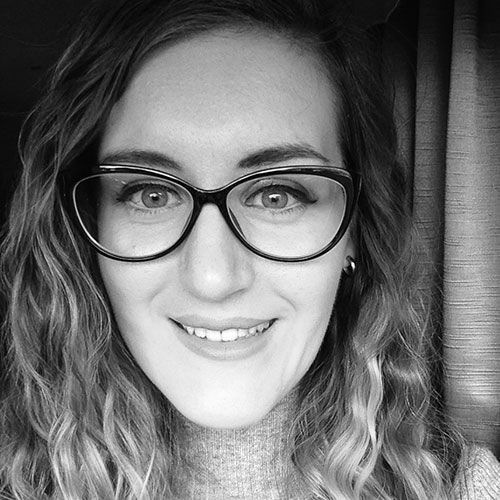